Imperial College have been consulting on their plans for the remaining two buildings on the northern site at their White City campus, and for their 11.5 acre site immediately south of the Westway.  Details are at this link on the College website http://www.imperial.ac.uk/white-city-campus/consultation/.

There is also an item on our sister site www.imperialfolly.org uk commenting on Imperial’s approach to development and the near completion of the 35 storey residential tower. 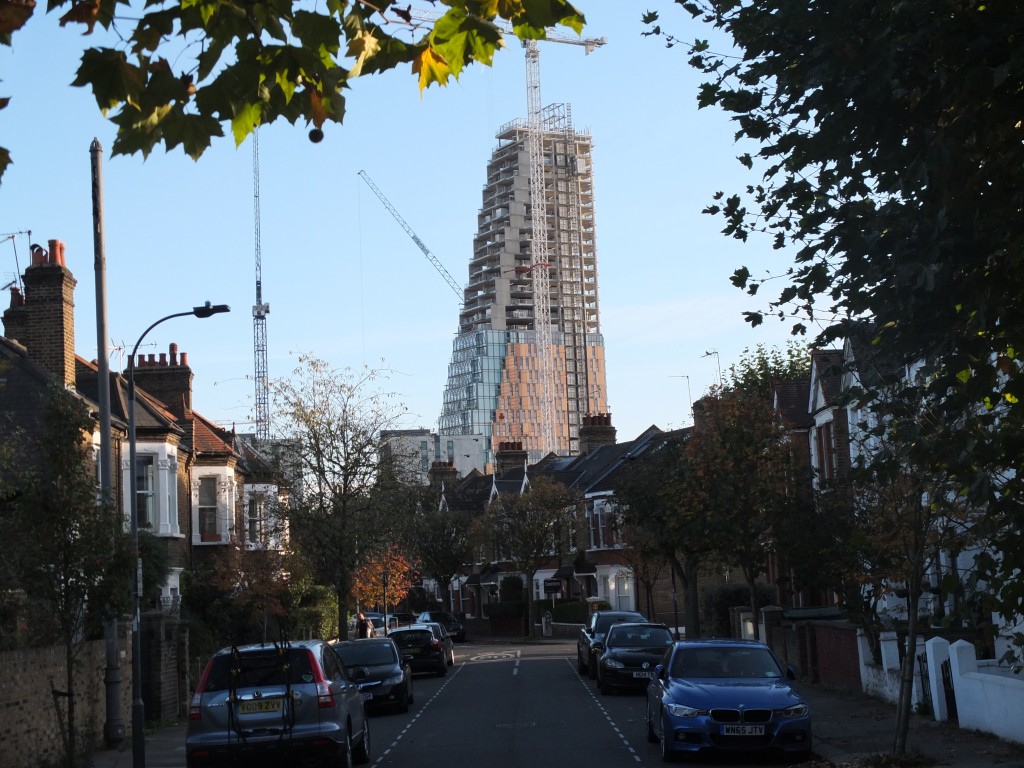 Proposals for the Old Oak area

The ‘opportunity area’ to the north-west of the St Helens neighbourhood covers Old Oak and Park Royal.  A Mayoral Development Corporation (OPDC) took over planning powers for the area in April 2015.  A draft OPDC Local Plan has been in preparation since that date, and has been through three versions.

In December 2019, the OPDC announced major changes to its plans and abandoned its proposals for regeneration of the land owned by Cargiant Ltd. north of Wormwood Scrubs.  A fourth version of the OPDC Draft Local Plan is due to be published in mid 2020.  For latest news see the website of the Old Oak Neighbourhood Forum.

OPDC plans previously included proposals for an additional Overground station on the West London Line at Hythe Road.  These proposals have now been dropped.

The StQW Forum has long made the case for an additional Overground station at ‘Westway Circus’ (beneath the Westway roundabout at the southern end of Latimer Road).

The costs at Westway Circus would be a twentieth of the Hythe Road proposal.  Such a station would serve Imperial White City and the new residential developments being built by St James (White City Living) and on the former BBC TV Centre site. It would also improve public transport access to our neighbourhood (currently at a low level by London standards) and take some traffic off Wood Lane/Scrubs Lane.

A series of residential towers on sites in Scrubs Lane were granted planing permission by OPDC in 2017 and 2018.  None have subsequently started on site, but in two cases the developer involved (City & Docklands) has applied to vary to current permissions and to add more housing units.

A third residential tower in Scrubs Lane has also been granted planning permission by the OPDC.  This is at 2 Scrubs Lane, on the corner with the Harrow Road, so more distant from us than those previously given approval near Mitre Bridge.  Once again, the building looks as if it dates from the 1960s era of tower blocks.  The height is 20 storeys. 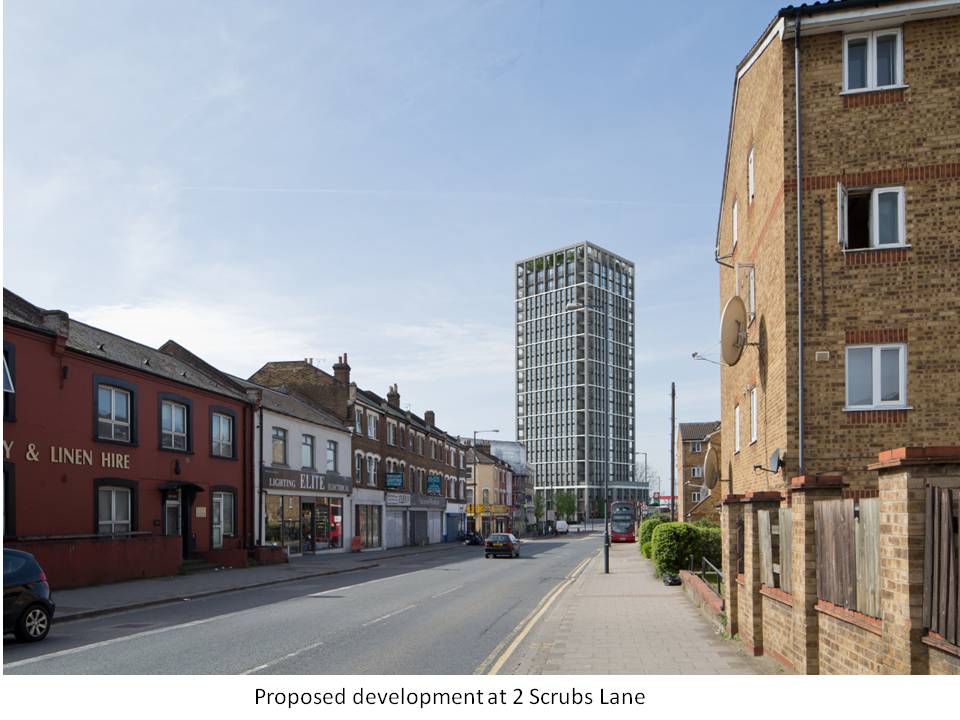 Kensington and Chelsea Council in 2017 put on hold plans for a comprehensive estate renewal scheme for the Silchester Estate.  This followed the Grenfell fire and a commitment by the Council to rethink a number of its proposed plans for North Kensington.  .

The proposed redevelopment at 3 Crowthorne Road (behind Oxford Gardens School) has also not materialised, despite being granted planning permission 2016.  This was for a mixed use development of the former garage site, with flats and studio/business units on the ground floor.  StQW/SHRA supported the scheme, which was well designed and low rise.  The developers have held back from construction, given uncertainties in the London property market.